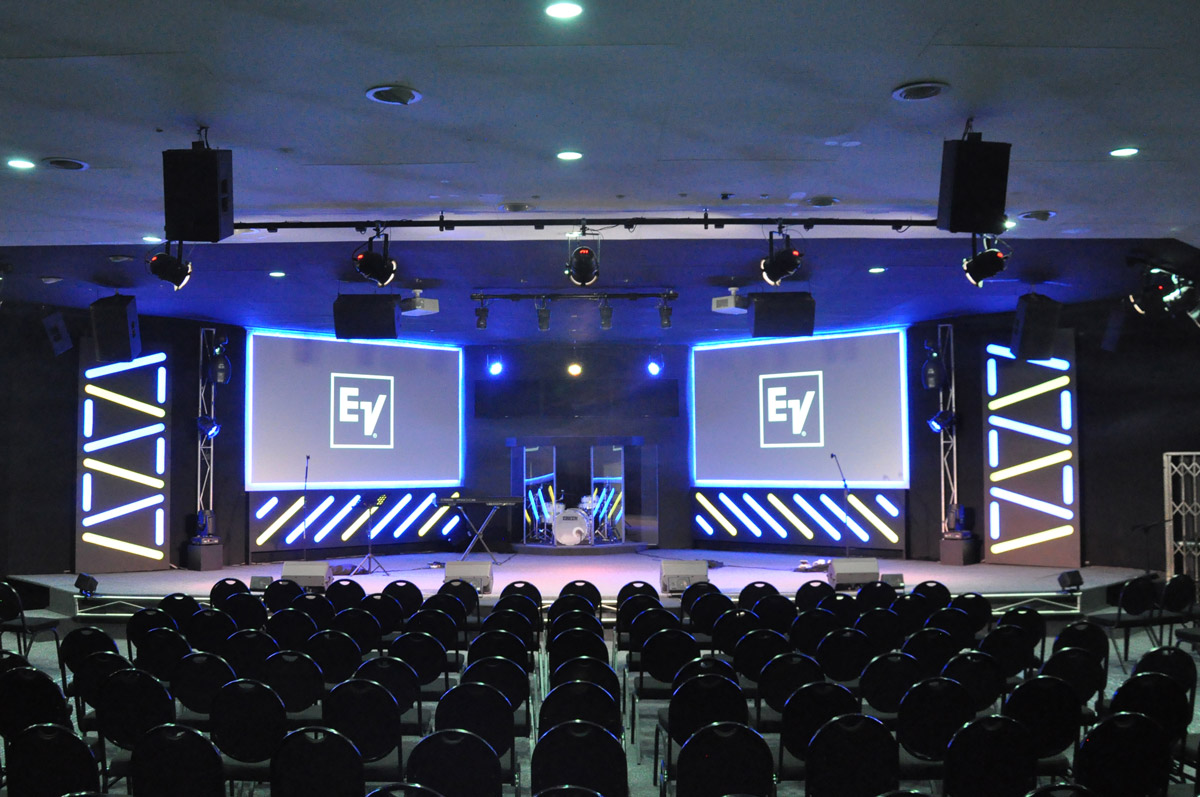 In 2012, Crossroads Church in Alberton, Johannesburg, had a change of leadership and with this came new levels of required excellence including the decision to upgrade the PA system for the 400-seater church.

Prosound installed an Electro-Voice SX300 rig with Tour X and SB122 Subs, all powered by Q series amplifiers and processed by a DC-One. This system provided better speech and music reproduction than has ever been experienced at Crossroads.

2015 saw even bigger changes for Crossroads, starting with a name change to Bridge Church, building alterations and upgrades and an additional EV Rig for the Main Auditorium. Due to the existing relationship with Prosound and EV, it made sense to continue building with EV and the new ETX was the chosen loudspeaker series and consists of four flown ETX-15’s at the front of the stage, with ETX-10’s as flown side fills. Two more ETX-10’s have been added as delays about mid-way down the length of the venue. Six S-40 front fills are mounted to a ladder truss at the front edge of the stage to add some HF sizzle for the front couple of rows. Two ETX-18s 18” sub woofers handle the majority of the low end enhancement and are installed in the venue’s sub pits to the left and right of the stage, with two more ETX-15s 15” subwoofers being installed at the front of the stage to provide even bass coverage for the entire audience area.

The system is being processed by the existing DC-One from the original installation, but with the Sub-woofers running off a Mono Aux from the Midas M32 Mixing console. Existing Q series amplifiers were also re-used to power the S40 front fills in the main auditorium. The existing SX300’s and SB122 Sub Woofers have been re-used in other venues on the church premises.

Pastor Trevor Coleman agrees that the EV ETX range has proven to be very well-priced value for money, saying that “we have been pleasantly surprised by the powerful but rich quality sound that could be expected from the more high-end systems at a significantly more reasonable price.”