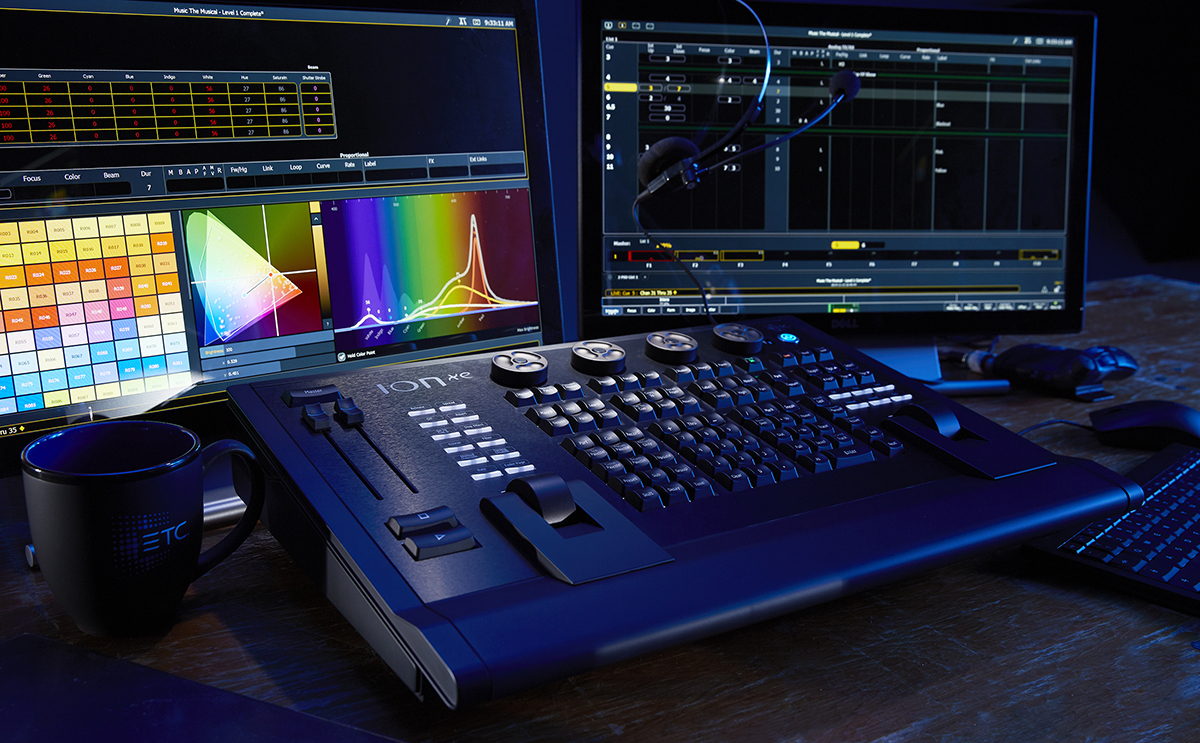 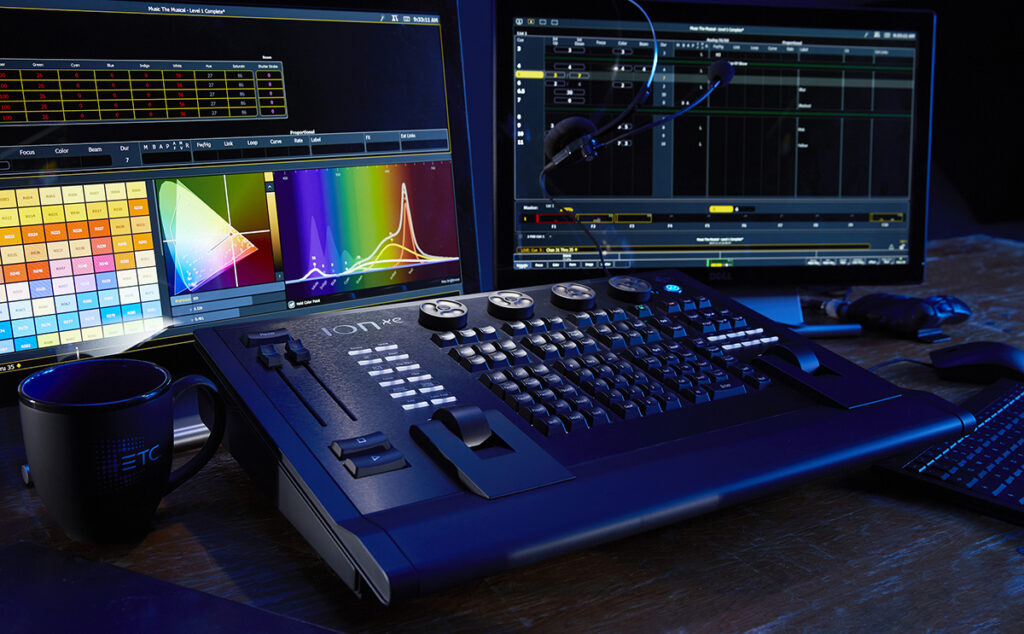 For nearly a decade, ETC’s Ion® consoles have brought powerful control to theatres, concert venues, studios and events around the world. Now, with the release of two Ion Xe consoles and two new fader wings, the small but mighty workhorse of the Eos® family gets an upgrade.

Power in a small package

“The Ion brand is much loved for its compact footprint and powerful feature set at a very attractive price,” explains Eos family Product Manager Anne Valentino. “We wanted to ensure its replacement maintained those attributes, while providing a more consistent hardware design with the larger products in the family. Ion Xe is a powerful addition to a product line-up that covers a broad cross-section of the market.”

The new Eos Fader Wing accessories provide 20 or 40 non-motorised faders in handy, USB-connectable modules that match – and are compatible with – all the latest Eos family hardware. The wings share the profile of the Ion Xe and Eos Motorized Fader Wings, and they can be used with all Eos family products (with the exception of Element).

Fader wings make it easy to customise your Ion Xe to the specific needs of your show; you can connect up to three motorised or non-motorised fader wings to any Ion Xe desk. Want manual playbacks as a permanent feature of your work surface? The Ion Xe 20 model streamlines your control booth setup with a built-in bank of 20 page-able, non-motorised faders.

If you have any questions, please contact us or your nearest ETC Dealer.

Eos iRFR and aRFR mobile apps get an update 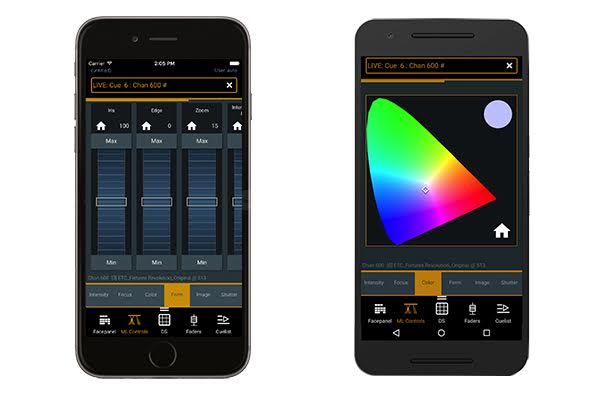 New versions of the iRFR and aRFR remote apps for Eos will be available for purchase on the App Store and Amazon Marketplace starting this week. The overhauled mobile applications feature fully redesigned user interfaces, more intuitive connectivity, and expanded feature sets that include a full-featured keyboard and Direct Selects.

Software v2.6 or higher must be installed on the host Eos device for the apps to function.

The new line-up of remote apps is as follows:

Customers who previously purchased the iRFR and aRFR apps may upgrade to the new versions free of charge with a simple update.

The new iRFR and aRFR apps are NOT compatible with Cobalt devices. Any users who inadvertently update can revert to the old software by downloading one of the Classic apps.

If you have any questions, please contact us or your nearest ETC Dealer. 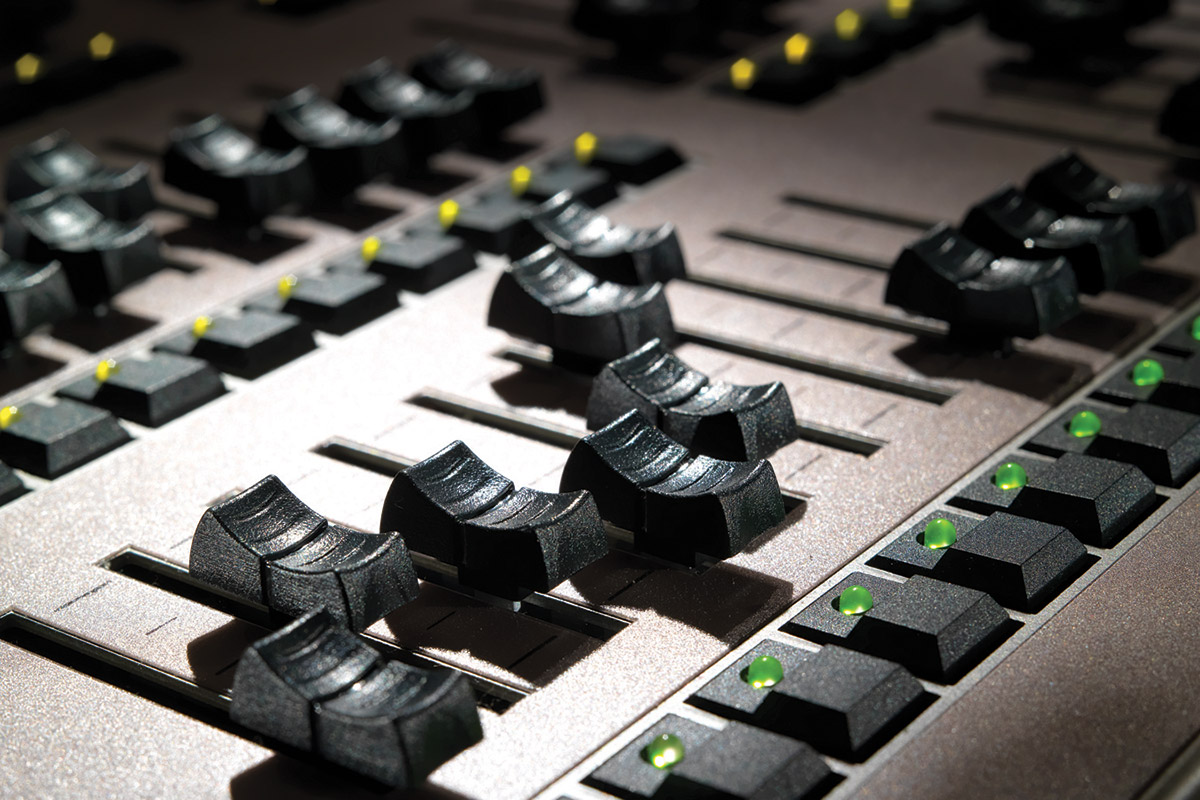 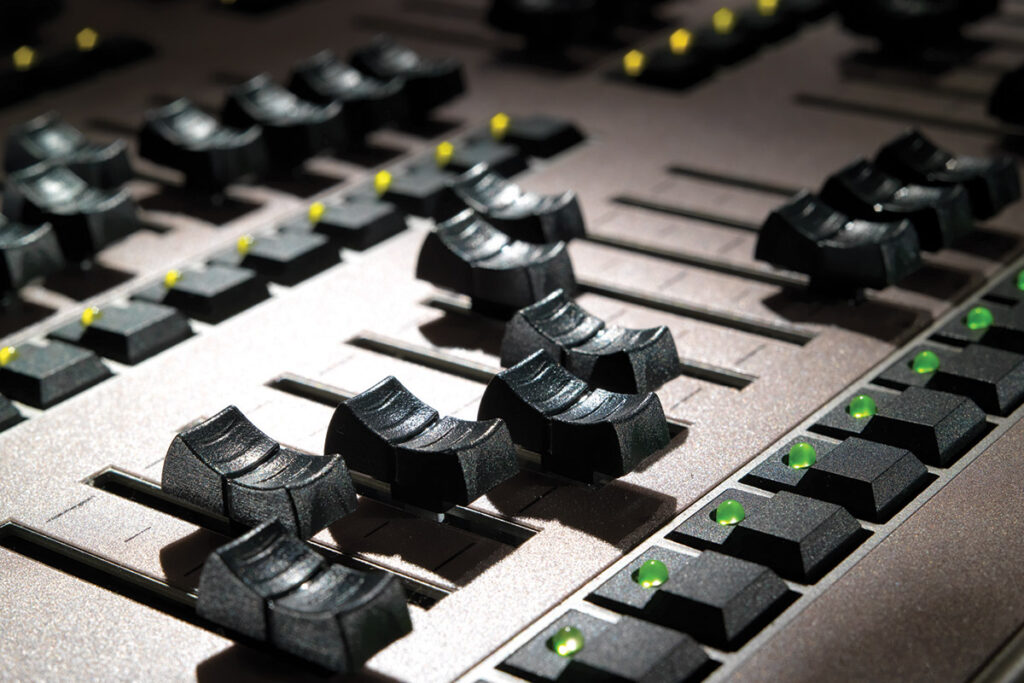 When Eos® family console users install software v2.6, they may find that their systems get a serious boost. As announced at CUE, ETC’s professional development conference, Eos v2.6 brings major upgrades for Element consoles, and improvements to Snapshots and other programming features. The release also marks a change in the way the console family handles output upgrades for both new and existing users.

Eos v2.6 dispenses with the notion of incremental upgrades, by which customers could purchase consoles and output upgrades at a number of different levels. From now on, any upgraded console is a fully-upgraded console. Moving forward, each Eos family controller will be sold in two formats: base and unlocked. A base level Gio @5®, for example, will have 4,096 (4K) outputs, while an unlocked Gio @5 will have 24,576 (24K) outputs.

If a user wishes to increase a base-level console’s control potential, a one-time, very cost-effective upgrade may now be purchased to expand the desk to its full capacity. What does this mean for users who have already purchased incremental upgrades, or who have purchased a console above its base-level output capacity? Upon installation of v2.6, all existing upgraded desks above the new baseline – even those that have only been upgraded to partial capacity – will be automatically expanded.

More features for all

The software update also adds new display and playback features for all Eos family consoles. With the push of a button, users working in the live table view can now bring up part structures, output level, playback sources, or the DMX map. Manual timing masters enhance live playback options, and the ability to assign Macros to playback buttons unlocks a new layer of playback flexibility.

For a full rundown of Eos v2.6 features, download the release notes at www.etcconnect.com/Products/Consoles/Eos-Family/Eos-Ti/Documentation/

Please contact us or your local ETC Dealer for more information on ETC products.

ETC Eos delivers dynamic looks for The Dream of Gerontius 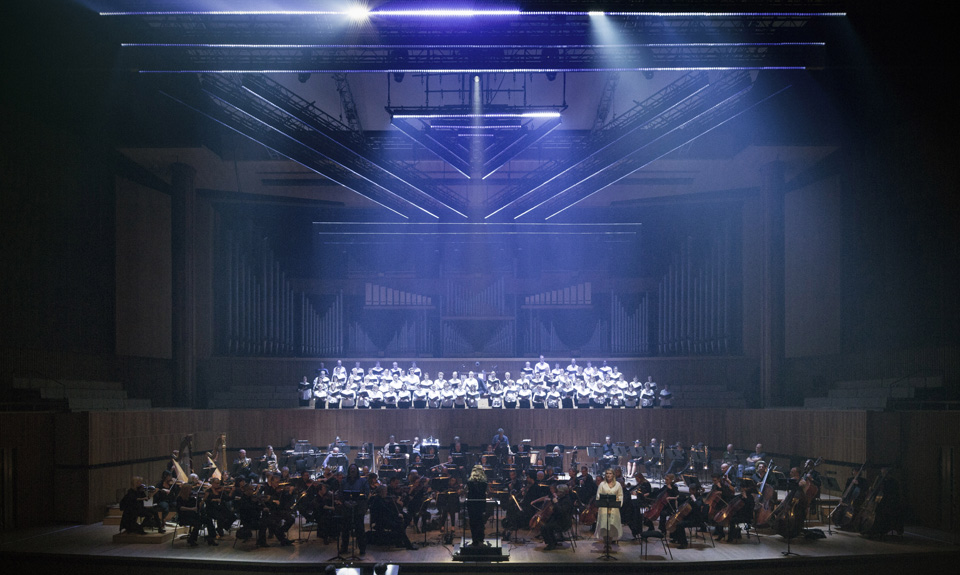 As part of its summer programme, English National Opera appeared at the Royal Festival Hall for a captivating production of Elgar’s The Dream of Gerontius. Multi-award winning lighting designer Lucy Carter used light – controlled with ETC Eos® Ti and RPU3 – to create an additional layer of emotion and energy to support and reflect the music.

Widely regarded as Elgar’s finest choral work, The Dream of Gerontius relates the journey of a pious man’s soul from his deathbed to his judgment before God and settling into Purgatory. To evoke an otherworldly feel, Carter opted for simple staging with abstract lighting energies that combined with the music to create an ethereal quality.

“When I was researching this production and arrived at my eventual design decisions, I knew that in order to create the complex and detailed environments to match the expansive and evocative music and themes of the libretto, I would need an immense amount of flexibility from my rig,” says Carter. “I chose to work almost exclusively with the GLP impression X4 Bars and Eos pixel mapping, and to use video files to populate the designed structure of the lights with energies and light textures.”

Supplied by PRG, the rig consisted primarily of 163 GLP impression X4 Bars, arranged into six concentric triangles positioned over the orchestra, and three rows over the chorus. Lighting of the choir and orchestra was delivered by 12 Martin Mac Aura XBs, with the soloists and conductor lit by a combination of ETC Source Four® LED Series 2 Lustr and Vari-Lite VL1000 AS fixtures. The rig required in excess of 40 universes of DMX, delivered via 14 ETC DMX/RDM Four-Port Gateways mounted locally on the trusses by production electrician Martin Chisnall.

To deliver the dynamic range of looks required, Carter worked closely with lighting programmer Jenny Kershaw, with programming support from Andi Davis, on behalf of ETC. “Jenny and I have been working with these ideas for a few years, and the ETC desks are an essential tool for our design work,” says Carter. “I want the lighting textures to feel organic and not mathematically produced and Jenny is able to manipulate the effects tools to create the dancing light textures I want. These are not repetitive effects, but seemingly evolving and dynamic.”

“The Eos Ti’s ability to deliver pixel mapping via the on-board Virtual Media Server, along with its conventional channel-based control, meant it was the perfect solution for this project,” adds Kershaw. “The content was generated on-board via effect layers, allowing for fast and convenient creation and editing of the looks required.”

The demands of this project saw ETC further expand the capabilities of its celebrated Eos software by adding extensions to the existing Eos Family Virtual Media Server feature. The pixel map size limits have been enhanced, allowing for control of up to 16,000 pixels. Additionally, Virtual Effect Layers have been modified to enable generation and manipulation of content for much larger pixel maps, and a variable server smoothing feature has been added.

“Thanks to the fantastic support we received from ETC and Andi Davis, we managed to achieve the complexities I was looking for,” says Carter. “With almost 500 cues and effects and numerous cue lists running simultaneously, Eos never let us down.”

Please contact us or your nearest ETC Dealer for more information on ETC products.