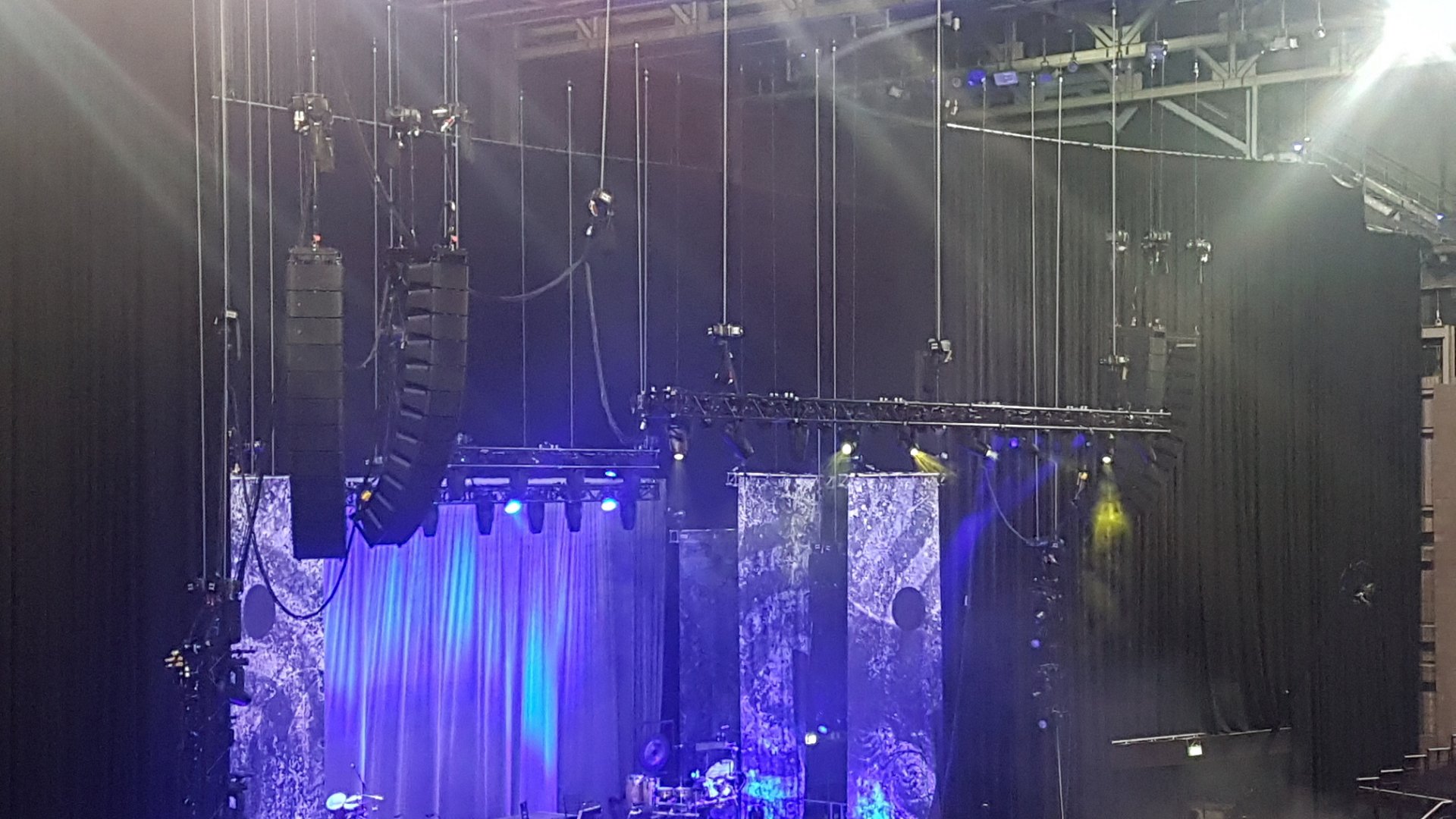 As one of Ireland’s most successful musical exports, Celtic Woman received a rapturous welcome upon returning to Dublin for a sell-out homecoming show. As expectations ran high amongst the four piece vocal ensemble’s legion of fans, the challenge for front of house engineer Michael Manning was to achieve the best possible audio coverage within the 3Arena,. Helping him to do so was leading regional rental and events specialist Murt Whelan Sound, and the sonic superiority of X2 line-array loudspeakers from the X-Line Advance family by Electro-Voice.

Combining traditional Irish music with orchestral backing, Celtic Woman is currently touring the world in support of the group’s recent Billboard number one album, Voices of Angels. But with tickets sold-out for concerts across six continents, it was the special one-night only return to Dublin’s 3Arena that added a sense of pressure for the group and crew alike.

“We did a couple of days of pre-production rehearsals in the venue and then the event was recorded for DVD, so the pressure was on,” recalls Murt Whelan, founder and MD of Murt Whelan Sound. Adding more pressure was the fan-shaped configuration of the arena itself. “It’s a very wide venue which can be challenging in terms of achieving even dispersion,” explains Whelan. “We had to ensure that every seat had the same quality of sound.”

Intelligibility is vital for the Celtic Woman sound, adds Michael Manning, describing it as “big and warm, almost comforting, and there are a lot of orchestral tracks so it’s important that the vocals aren’t harsh. It’s not a rock and roll gig, in fact it probably edges more towards theatre in terms of sonic quality and precision.”

With a company ethos that emphasizes quality of service above all else, Murt Whelan is no stranger to solving the challenges of the 3Arena. Accordingly, he immediately recommended the Electro-Voice X2 line-array system.

“Using Electro-Voice X2 212/90 and 212/120 cabinets meant that we benefited from a choice of 90-degree or 120-degree dispersion angles,” he explains. “With a mixture of both we were able to get perfect coverage.”

“X2 is so versatile that it can be used for any kind of show,” continues Whelan. “It’s all about the compact size of the cabinets, the ease of rigging and the quality of the sound. For a concert like Celtic Woman, where the show was being filmed, it’s a huge advantage that the hangs are so unobtrusive, yet the quality and power on offer suggests a much bigger system. That combination is phenomenal.”

The Celtic Woman concert was Manning’s first experience of using X2, but he’s equally enthusiastic: “It works perfectly. It sounded great during the concert and I didn’t hear a single complaint. I found it very easy to use and to achieve the coverage we needed. I just enjoyed using it.”

With the 3Arena homecoming declared a success, Celtic Woman is now back on the road, taking 12 Electro-Voice X-Line Advance X2 enclosures with it, as well as a number of Electro-Voice XLE compact line array enclosures. “I have to say that it is still sounding great,” Manning concludes.

Contact us or your nearest dealer for more information on Electro-Voice products.