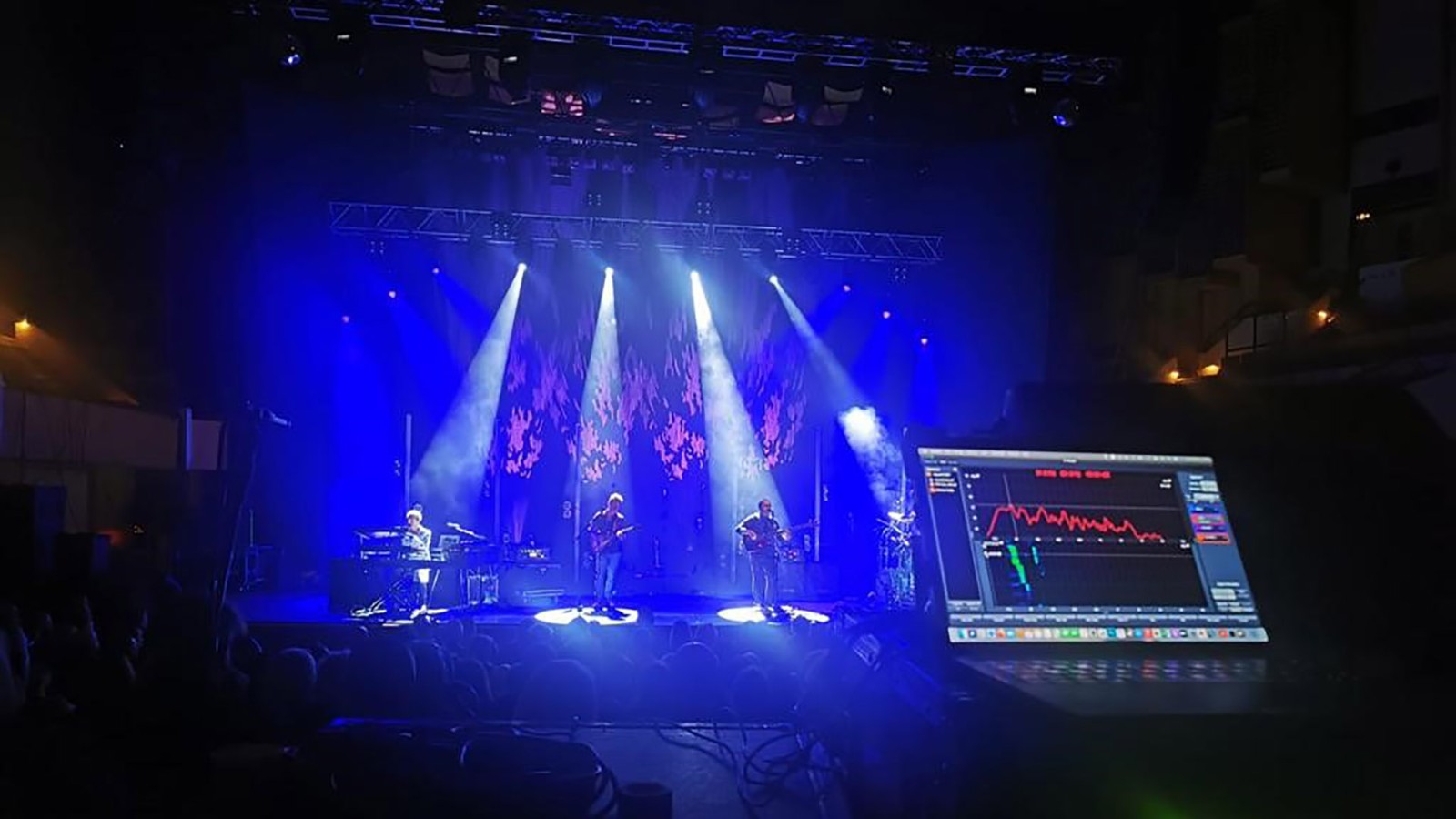 The recent Level 42 UK tour called on the versatility of Electro-Voice and Dynacord equipment to ensure that every audience had the best possible experience, no matter what kind of venue the band was performing in.

The British jazz-funk band toured with an Electro-Voice X2 system as its main PA, driven by Dynacord TGX amplifiers with control from SONICUE sound system software.

The tour marked the first time that the band’s FOH engineer, Mark Clements, had moved away from Level 42’s usual equipment supplier for 25 years. However, the band had been working with Merlin PA on overseas and festival packages, and it became a natural move to tour the UK with the rental company too.

A further reason for the switch was to move to Electro-Voice’s X2 system, which Clements had heard several times. The solution’s size and form factor made it the perfect choice for a concert hall tour, but the technical qualities of the X2 also made it a strong choice for Level 42.

“The percussive and transient nature of Mark King’s style really shone through with the use of the X2’s 12” driver on the Mid Band Hydra,” explains Merlin PA’s Neal Allen. “That’s what the technology in the MBH allows you to deliver.”

The capabilities of the X12-128 dual-18” subwoofers were also an important factor for the performance. “This tour was one of the first where we consistently used a cardioid sub arrangement in almost every venue,” recalls Allen. “Due to the nature of the stage setup, some venues required a super-cardioid sub design, which dramatically cleaned up unwanted resonance onstage for Mark King.”

In addition to the X2 main PA, compact 8” two-way XLE cabinets were called into action to provide further support. “XLE was required to provide extra intelligibility and consistency,” says Allen. “This was particularly important at Sheffield City Hall, which is a notoriously tricky venue to contain with a full house when you need to cover all three floors.”

A further aspect that enhanced the tour was the Dynacord electronics and software that drove every performance. “TGX amplifiers and SONICUE sound system software provided the backbone power to the Electro-Voice system,” notes Allen. “The intuitive nature of SONICUE enabled us to make effortless on-the-fly changes at different locations, while also providing an overall picture of all aspects of the system.”