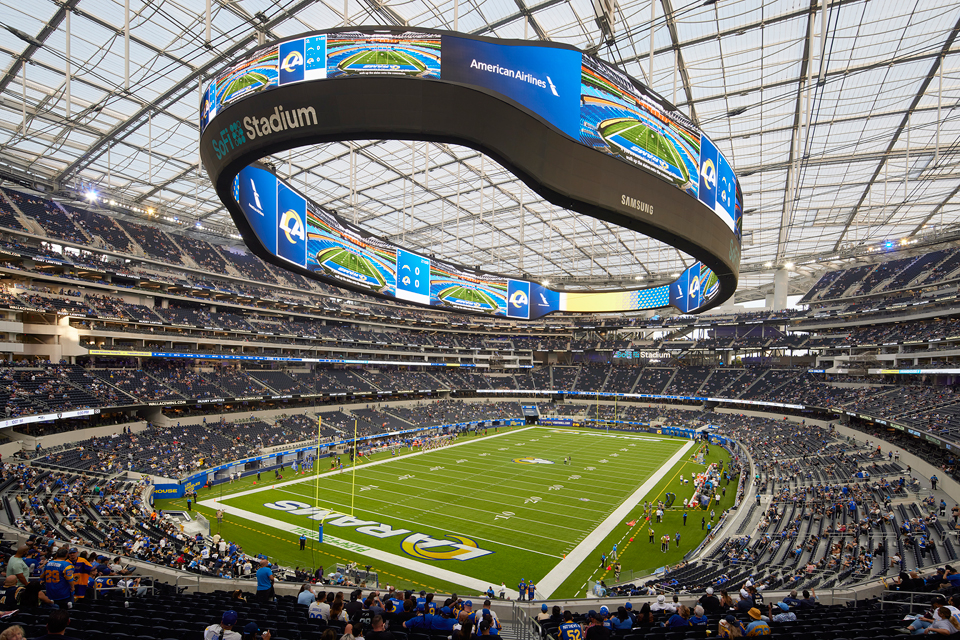 Any event at Inglewood’s SoFi stadium is likely to be upstaged by the venue itself. Along with the Walt Disney Concert Hall and the Hollywood Bowl, SoFi stadium’s place in Southern California iconography is assured. Site of the Super Bowl LVI (sorry Bengals fans) seen by millions around the world, it is arguably the pinnacle of stadium design. The superlatives are in the numbers: 70,000 seat capacity, 302 FTE roof panels containing 28,000 LED “pucks,” a 360-degree infinity screen, and 25,000 miles of cabling all set in a grade 100 feet below ground level. Passengers flying into LAX can view games or concerts projected on to the 80-million-pixel roof. But no less impressive is the ETC control system that keeps it all running.

The Body of SoFi

“The end-users’ journey through the stadium had to be considered on both game and non-game days, with attention paid to enhance memorable views and ‘Instagrammable’ moments along the way,” says Stacie Dinwiddy, Associate Principal at KGM Architectural Lighting, who handled the indoor hospitality area lighting. “We found ourselves addressing new and unique challenges as we navigated to complete a project of this scale during an international pandemic and lockdown, for a building and program originally designed for mass gatherings and public displays of face and body paint.”

To enhance the experience and promote movement around the concourse, KGM worked closely with a custom manufacturer to design a ribbon-like LED feature pendant that could twist and glow like neon to reflect a meandering path throughout the entire concourse. Another integrated installation that was thoroughly engineered is within the entrance corridors leading to the Owner’s Club. The original design was a continuous linear line of light that went up one wall, across the ceiling, and down the opposite wall. “To shake up a popular detail, we opted to offset the lines at the wall to create a more dynamic effect through the corridor and allude to the laces on a football – a theme carried out in many areas on the project,” she added.

LAM Partners’ James Perry describes the task of lighting the exterior of the massive structure. “The field of play is certainly the primary focus of the project, but the overall stadium was envisioned as a living, organic form that could pulse with activity and motion from the field all the way out to the exterior skin of the building. The lighting design and controls were a part of the story-telling of the architecture and the NFL excitement within.”

Of the many firsts attributed to this project Perry notes, “The LED media mesh that is draped across the clear membrane roof canopy was a first as far as we know. The entire roof and fifth elevation of the building becomes a large video board. But the interesting design challenge was achieving this for the exterior view of the building without impacting the environment or event within the stadium bowl below. None of that lighting is visible when ‘on’ from within the seating bowl.”

The Brain of SoFi

Providing the often overlooked but critical component of control went to 4Wall Entertainment, who integrated all the ETC control elements which form the backbone of this impressive project. Buddy Pope and Brent Pritchett headed up the team that linked it all together. “Every single light that turns on and off we controlled via Paradigm – restrooms, locker rooms, offices, concourses, exterior lighting, and even the signage a few blocks away are controlled by ETC Paradigm,” says Pope.

On the entertainment side, Mosaic Show Controller X and an Eos console control the sports lighting and color-changing lights throughout the venue. No stranger to huge installations, Pope notes that “a big challenge was the sheer length of data and DMX runs – the equipment list is short but has big numbers.”

To comply with California Title 24 rules, over 1200 Paradigm occupancy sensors are everywhere, but the Paradigm system easily dealt with any customization. “We were able to tweak the Paradigm advanced controls to make overrides,” says Pope. “The lights never go out in the Rams’ locker room during a game, for example.”

Not surprisingly, the sequence of operations for the building was extensive and called out for specific looks. The Paradigm system stores not only game and concert modes building-wide, but campus-wide. A Mosaic controls all the signage on the campus, color changing and white light controls as well as a retail section that is under construction. Even the landscape lighting has its own distinct presets.

Not even the restraints of COVID protocols and supply chain holdups during the construction cycle, could hold up the creation of this truly remarkable addition to LA’s sport and cultural life.

MTS shows what it can do

The Electro-Voice teams in the UK and the US have been proving the stunning sound quality of MTS high output point source loudspeakers in a series of open-air demonstrations for consultants and stadium professionals. In this video, audio experts share their first impressions of MTS after hearing the new standard in stadium sound for the first time at events in Wigan and Burnsville 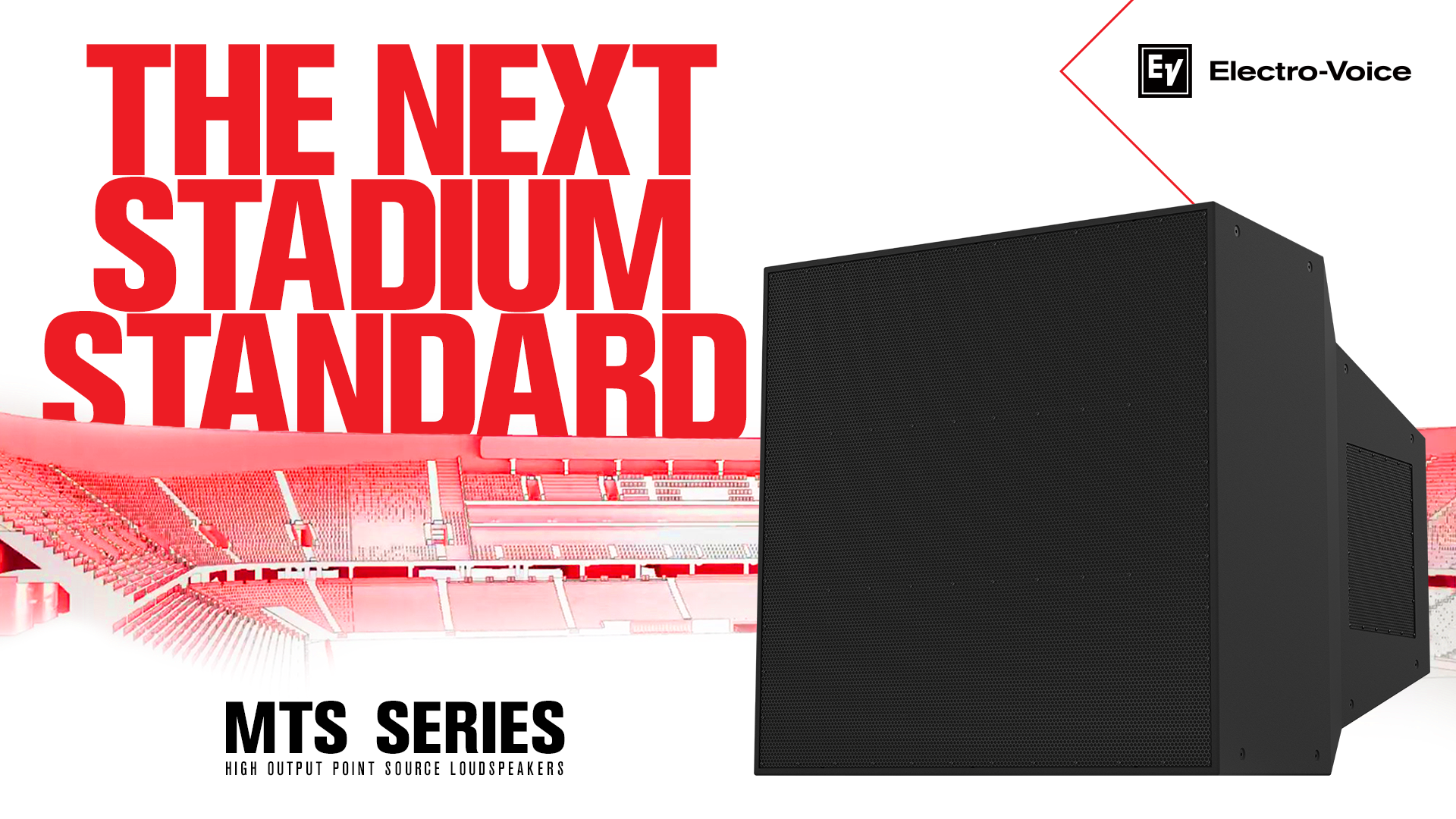 The global introduction of the MTS series expands our portfolio of sound solutions for stadiums and sports venues with a new full-range, high-output, long-throw, point-source option. With every detail geared towards addressing the most demanding requirements of consultants, integrators and installers specializing in large performance venues, MTS brings to bear its stunning acoustic performance with superior control, coverage and clarity, truly setting the next standard in stadium sound.

The MTS series leverages EV’s engineering resources as part of the Bosch Group, including the use of High-Performance Computing clusters for the design. As such, MTS brings an evolution of our pioneering manifold loudspeaker technology and MH horn technology to advanced levels of audio performance. The full-range horn-loaded loudspeaker with four 15″ woofers and dual coaxial mid/high frequency compression drivers generates extremely high SPLs of more than 151 dB peak and reliably provides precise coverage control in both the horizontal and the vertical aspects, without sacrificing sound quality or SPL.

DPA and ApexPro present When Every Word Counts the Webinar Series 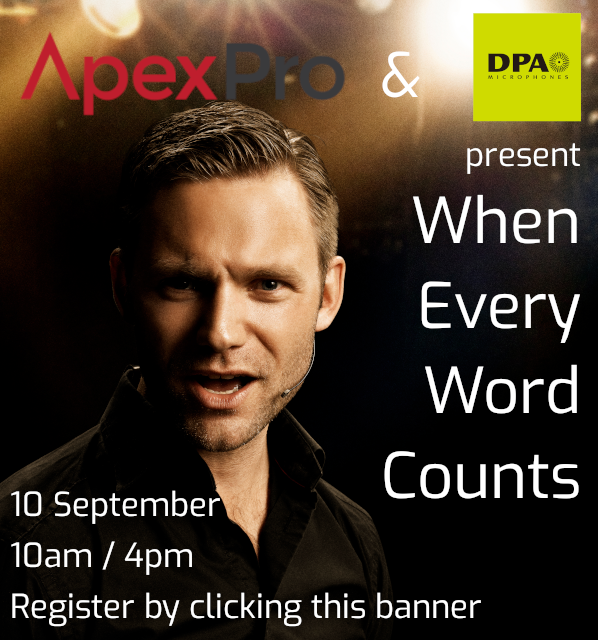 Join DPA & ApexPro on the 10th of September 2021 at 10 am or 4 pm, for a webinar series focusing on speech intelligibility concerning radiation pattern of the voice, microphone placement on sources, microphone directionality, background noise, and intelligibility, frequency response, transient response, the threshold of hearing, tips and tricks on hiding lavalier microphones hosted by Global Sales Support Manager Bo Brinck.

To increase knowledge on the importance of microphones in the sound chain, Bo also educates on audio-related topics such as acoustic challenges and correct microphone placement on the body as well as musical instruments.

Register early & stand a chance to win a DPA T-shirt, draw to be announced in the webinar. 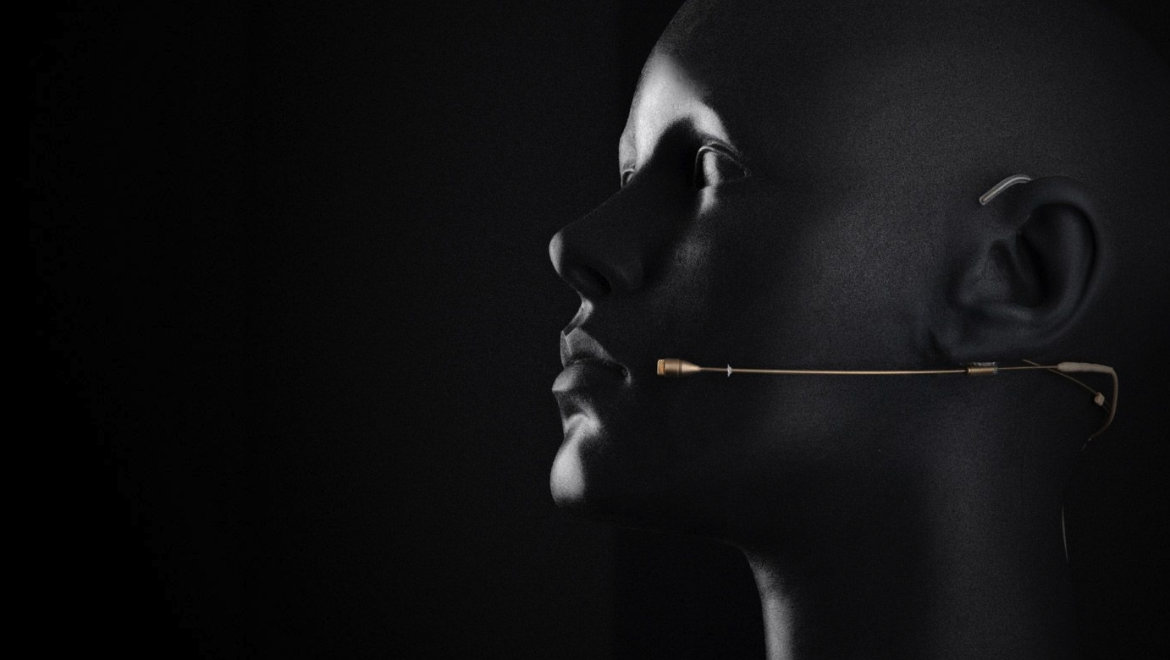 DPA Microphones announces the 4466 CORE Omnidirectional and 4488 CORE Directional Headset Microphones. Based on the design of the DPA’s groundbreaking 6066 Subminiature Headsets, the new solutions feature the brand’s popular 5mm round microphone capsule. These latest offerings provide the security, durability and flexibility necessary for use in theatre, broadcast, worship and corporate conferencing.

With a one-size-fits-all design and adjustable height and boom length, the 4466 and 4488 headsets accommodate small to large head types. A unique, three-point gripping system (above, below and behind the ear) ensures a greater level of security, while the flexible ear hooks provide continued comfort during extended use.

“Our customers have been asking us to deliver our latest small-form-factor headsets with the highly regarded 5mm mic capsules,”

“With the purposeful design of our boom and locking system, the headset can accommodate all head sizes with just one boom length. This is even true for the directional option, for which the correct placement is so important. With the addition of the 4466 and 4488, users now have access to a wide array of solutions to meet an even greater variety of needs while also maintaining the typical clear and transparent DPA sound, which produces high speech intelligibility.”

In addition, the new headsets share the same interchangeable cable and boom options as the 6066 Subminiature Headsets. This includes the 90-degree cable management at the neck. The headset frame, boom and capsule have a non-reflective surface for unobtrusiveness and ease-of-use for camera crews. With a high-quality, professional look, the 4466 and 4488 are available in the company’s standard black and beige options, with a brown version coming soon. 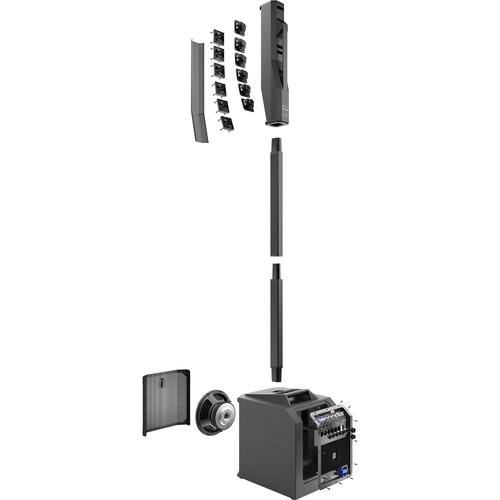 In this webinar from Electro-Voice, Jacqueline Lainer provides an overview of the EVOLVE family of portable column loudspeakers before going in-depth on the latest addition to the range, the EVOLVE 50M. She also shows how easy it is to configure EV’s Quicksmart Mobile app that provides extensive wireless control and monitoring functionalities. As Jacqueline explains, the EVOLVE series provides the perfect combination of superior sound performance and flexible functionality, in a very compact package. It meets the needs of any mobile performer being simple, portable, and lightweight. 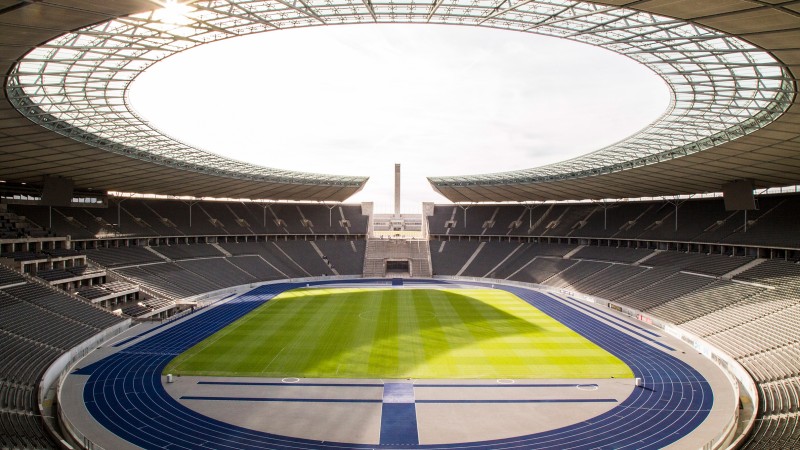 The latest webinar from Dynacord explores end-to-end audio solutions for sports venues. In the webinar, Martijn van Overveld explains how it is possible to create complete professional audio solutions to cover every aspect of stadium sound from within the expansive Bosch portfolio. The webinar also gives real-world examples of these solutions being put to use including C series amplifiers powering the system in a small stadium and IPX combining with MXE5 to control the audio in a large arena.